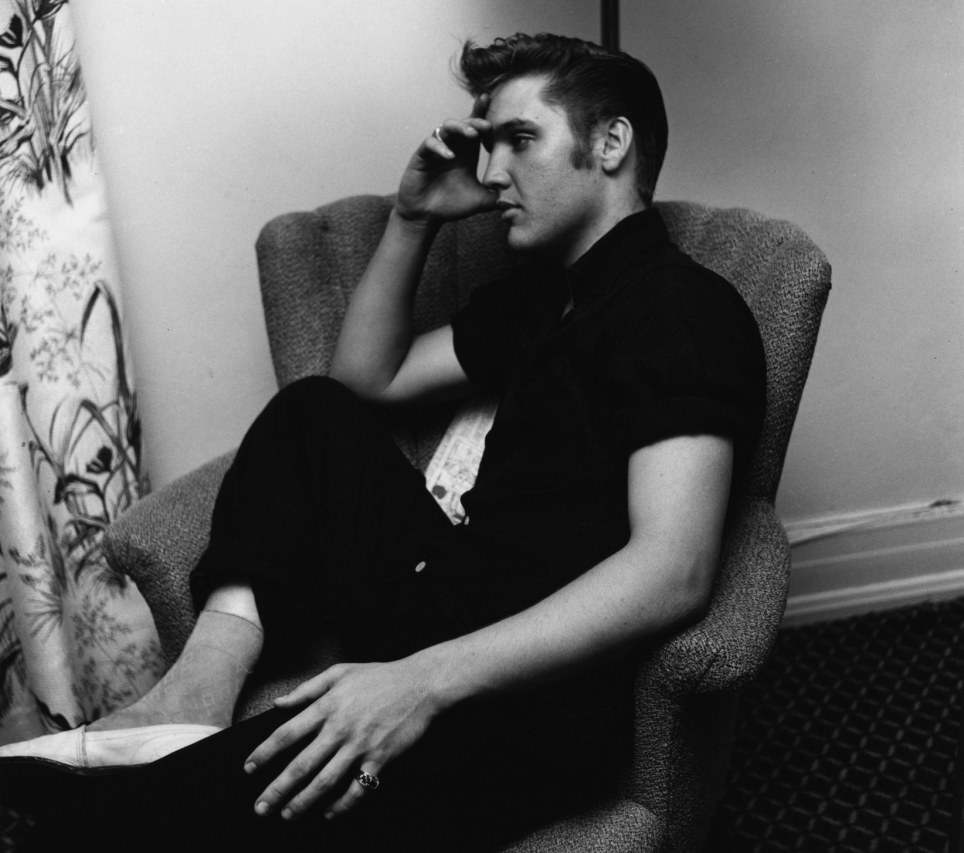 Status: I presented this paper at the conference ‘Always on their Minds,’ held at the University of Kent on 3 June, 2017.

In the last year alone, Elvis has appeared twice in the Top 20 album chart and launched a world-wide concert tour. Not bad for a man that died in 1977. Considering that an increasing sector of current Elvis fans and consumers were not even born during Elvis’s own lifetime, it is clear that time cannot diminish the allure of the King. With this in mind, it becomes necessary to question just what it is about Elvis that attracts this younger demographic and who they understand Elvis to be. This paper considers the cultural currency of Elvis Presley, by reading his celebrity through the lens of tattoo culture and examining the significance of the Elvis tattoo and its role within the current social landscape. Tattooed, Elvis becomes a comment on rebellion, on popular culture or loneliness/tragedy. When there is no lived experience on which the fan can base their knowledge of Elvis however; the relationship which has influenced their decision to be tattooed with his image is tied to a very different, though not less significant, understanding of him.

While the aim of this paper is by no means to be an exhaustive study on Elvis tattooing, it is my aim to begin conversation into this emerging element of Elvis culture. This particular avenue of fandom remains largely unexplored in Elvis scholarship, even in recent publications such as The Death and Resurrection of Elvis Presley (Harrison, 2016), which focuses specifically on the exploration of the Elvis icon and fandom. The primary concern is to consider what it is about Elvis that leads an individual to have his image tattooed, by questioning whether the modern understanding or attraction to Elvis is based upon Elvis the historical personality or Elvis the sanitised, consumer product which is marketed and controlled by EPE.

This was the first academic conference that I had been invited to present at, so it was a very nerve wracking experience. Added to the general unease about presenting in front of an audience was the added fact that I was in a foreign country, surrounded by academics at various stages of their career. Overall, it turned out to be an excellent day though and the feedback I had from the paper was positive.

Having had some time to think about this project, it is one which I would like to use as the model for PhD studies in 2018. At the moment I am in the process of putting an official proposal together and souring possibly supervisors for the project.

Stay tuned for updates as they develop!