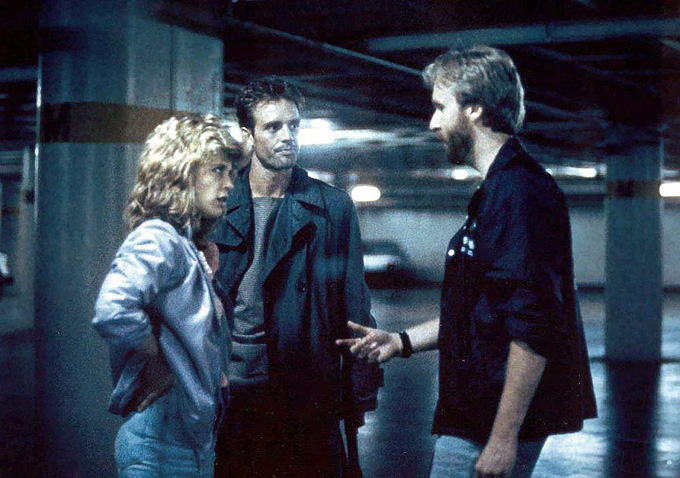 Growing from a B-Grade science fiction/horror film into one of the largest franchises in movie history, Terminator films boast a fan base which not only spans generations but is beloved worldwide by audiences of innumerable different cultures and backgrounds. Outside of being a traditional hero/journey story, the narrative arc of the Terminator films has also been likened to the biblical narrative of Jesus in the New Testament. In this study I ask the question: How does James Cameron employ a messianic framework within the first two Terminator films, both visually and in his unfolding narrative about John Conner; and how or why does this technique continue to appeal to audiences?

Although a messianic framework can be traced throughout all the films in the franchise, which retain a close relationship to the original characters devised by Cameron, this chapter will focus exclusively on the first two films, Terminator (1984) and Terminator II: Judgement Day (1993), which are the only entries into the franchise which Cameron has directorial, production and writing credits for. An analysis of Terminator will focus on the role of Kyle Reese, not only as John’s destined father, but as a general herald of the John’s arrival and larger mission. It is Kyle’s displacement to 1984 and subsequent interaction with Sarah Connor which creates the groundwork for the later messianic mission of John, but at the same time Kyle’s self-sacrifice is essential to establishing John within a biblical framework. Similarly, the discussion of Terminator will consider the initial transformation of Sarah Connor, from frightened waitress into hardened ‘mother of the future’. Sarah’s role in both films is central to the development of John’s character development as well as to the relationship which the audience establishes with the first two films specifically and the larger franchise in general. Comparatively, Terminator II: Judgement Day considers how John is further developed within the Messianic framework, both inside and outside of his relationship with Sarah; while the role which Arnold Schwarzenegger’s T101 plays will be viewed in light of how the machine develops from foe to stand-in paternal role model.

Placing this study within the messianic narrative framework allows for a consideration of how Cameron views the contentious relationship between humanity and technology. This is particularly interesting considering his role as director and producer and his ongoing love affair with technological wizardry. Despite Cameron’s quest to push the boundaries of what is possible in science fiction film making, Terminator films ultimately act as a warning against the dangers of reliance upon the mechanical. It is Cameron’s updated retelling of the Messianic narrative that makes the films not only so identifiable but enduringly popular among audiences. For this reason, this study plays an important role in consideration of Cameron as a film maker and story teller.