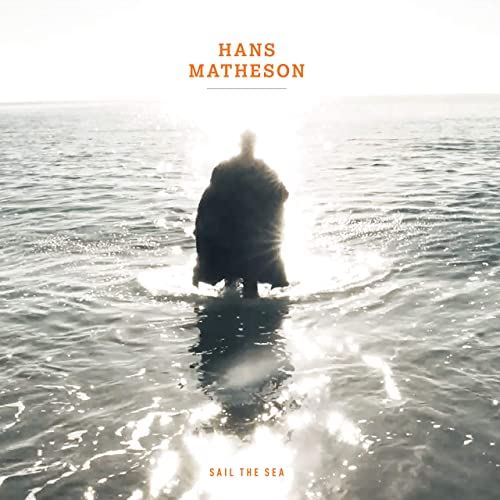 I don’t usually use my blog to write about myself or to “review” anything, but I really wanted to write this post – it’s important to me – so I’m breaking with tradition here. That’s the beauty of having your own online universe I suppose, you can do what you like!

On second thought, I don’t know that I’d really call this a review either. Who am I to try and review music? I can’t play an instrument to save my life. I could probably write you some lyrics, but I sure as hell can’t write or read music so as to compose you a tune to go with them. As for the technical aspects of putting an album together… I have no idea what goes on in a studio! I’m familiar with Abbey Road from a pop-culture context, but that’s the extent of it. So this is not a review. If anything, it’s a nostalgic account of the past, which leads into a discussion of why I love this album and what it means to me. If you get through to the end of it, I hope you’ll go and give the album a listen (please, buy it on Bandcamp or iTunes – let’s pay the artists we love during this bullshit time – or send me an email and I’ll make you a gift of it). Just don’t illegally download it, yeah? There’s enough bad karma in the universe just now without you adding to it, thanks.

The first movie I ever saw Hans Matheson in was 1998’s musical comedy romp, Still Crazy… it was the year 2000, I was 17 and for some reason was quite into Billy Connolly at that time (don’t ask me why, it’s too far in the rear view for me to recall). When I picked out the video at the video store (yep, video) I had no idea I was about to have one of those deeply influential life moments, but that’s exactly what happened. What a banger of a film. Even now, 22 years on, it’s still hysterical and joyous, full of hope and honesty. The older I get the more I appreciate the central message too – which is that it’s never too late, and you should never give up on yourself or your dreams.

Along with being full of all those emotions and a damn fine soundtrack, it was also pretty full of Luke Shand (Matheson), your quintessential dirty/sweet rock star. Being 17 at the time of this critical first viewing, it was he who was everything desirous to me about the male sex. Luke appears in the film as guitarist, employed to assist the band ‘Strange Fruit’ with their return to the limelight. Although he’s not a central character, he is an important one. As anyone who loves the film as much as I do will likely agree, one of the final scenes, where Luke declares the press pack to be a “bunch a wankers” before swaggering out of the tent in his delightful rainbow jumper and double-denim ensemble is pivotal to building the tension for the final performance of the film; in which ‘Strange Fruit’ reclaim their lost identities and overcome their traumatic past, emerging once again as rock ‘n’ roll legends – albeit better formed (metaphorically speaking) and much wiser.

I must have watched that film at least 100 times over the next few years. Whenever I felt like crap I’d put it on and sing along with all the songs, and come out of it feeling much better. Even though I grew to love Ray (Bill Nighy), Les (Jimmy Nail), Tony (Stephen Rea), and of course Brian (Bruce Robinson), in their own ways though, it was Luke… and then Hans Matheson who stayed with me. I’m not too proud to admit that his sexiness (in that role) became part of his enduring appeal either. Anyway, over the many years that have since elapsed between then and now, I’ve always kept a casual eye on his career. He’s done an impressive body of work too, popping up in very big studio productions (Sherlock Holmes (2009), Clash of the Titans (2010), 300: Rise of an Empire (2014), whilst also being at home on television (The Mists of Avalon (2001), Dr. Zhivago (2002), Tess of the D’Urbervilles (2008) and Jericho (2016), or in art house films too numerous to name (and often very hard to come by out here in the colonies…).

Oddly, it always seems that whenever life throws a spanner in my works I end up back in front of one of his films, and am usually recalled to a youthful sense of optimism, otherwise lost. As much as I’ve loved watching him though, nothing has ever quite equalled Still Crazy – not even 1998’s non-singing Les Miserables in which he played Marius, and which is, to my mind, the superior of all adaptations of the film. There’s something special to me about Hans Matheson – but I wouldn’t confidently say I’m a “fan” or that I’m obsessed with his acting. Perhaps, more than the black eyeliner, double denim, horrible fake tattoo, or pleather coat that his Luke Shand was sporting, it was the music I always really loved? (As a much older woman now, it does bring me some comfort to imagine I am not so shallow as to base all of my opinions and joys on the sex appeal of an actor…)

As luck would have it, 2020 was about to provide an answer to this riddle. Navigating the isolation of a never-ending quarantine, along with the stress of a PhD, all the other projects I’ve posted about on this blog, and some significant “life” problems, I (un)surprisingly found myself checking in on Hans Matheson again. Perhaps it was the older version of myself I was nostalgic for. In any event, imagine my surprise, my glee, when I discovered he’d (finally) put out an album! Just him! Singing!*

It’s hard not to let your fondness of an actor cloud your judgement if they decide to release music at some point in their career. Often, you want to love it because to do otherwise feels like an offence. Sometimes though, love just ain’t enough and it proves impossible to sit through the musical styles of an artist you love in any other medium. I’ll admit, I had some concerns. Luckily, the first time I listened to the album through, I didn’t know if I did rate it – good sign. That told me I could be objective. As I mentioned, I was in a pretty bad state of mind at the time though, so I wasn’t about to let 20 years of emotions go down the drain over one album. So I sat down and played it through again from start to finish, and then once more. It was about that time that it occurred to me what the issue really was.

It wasn’t that it was bad, or vain, or self-interested… it was comforting. I was not expecting to be comforted. Indeed, I’m not sure I even wanted to be at that time – but that was what was on offer and that was what I was going to get.

Although many of the songs deal with issues of loss, overwhelmingly, the tone of the album is hope. Now, call me crazy, but has there been a time in recent history when we have been in such need for a sense of hope? Not a pummel you over the head, everything is coming up roses type of hope either – but a quiet and enduring type of hope. The kind that confirms what you always knew to be true (that everything in life comes in cycles – good and bad), but that if you can dig in then the wheel of life (and fortune) dictates that the tides must indeed turn in your favour again.

There are also a lot of little things I love about this album, like that you can hear the guitar being shifted over a knee or fingers sliding up (down?) a fret board, and instruments being laid to rest at the end of a song. The use of ambient sounds: birds, voices, the ocean, also gives it a warm and intimate feel. Brilliant.

I also love the fact that several of the songs flow into each other, which I guess stays close to the ocean motif in that each track is a different emotion coming in and the receding as it is replaced by the next. Then there’s the spoken word element. I don’t recall the last time I heard a spoken word track on an album…

I find it very interesting that Hans Matheson has talked about these songs being written when he was in his 20’s and revisited now because he remains “quite fond of them.” Historically speaking, that would have placed him smack around the era of Still Crazy (he does also have a song on the soundtrack for that film, which I should mention) when he wrote them. Some might just call that coincidence, others, synchronicity.

Since stumbling across this rare gem (several months have elapsed since I started writing this review), I still find myself listening to it (at least in part) every day. And it just gets better with age. So, if you feel yourself in the mood for something new I heartily recommend giving it a try.

And of course, if you’ve never seen Still Crazy, it’s not too late, and you absolutely should! I know that everyone has a music movie that they love, and we can become quite territorial, so I’m not going to say it’s “the best”… Almost Famous, This is Spinal Tap, Eddie and the Cruisers I & II (shut up, the second one has an awesome sound track, even if the plot is ridiculous), The Blues Brothers, The Commitments, Country Strong, are all equally amazing and rate pretty highly – but “my” movie will always be Still Crazy. I’m incredibly lucky too, I think, that the way it has been woven into my history has led me to this album.

If you’ve made it this far, thank you for reading, and I promise not to make a habit of this self-reflective stuff. This is an exceptional circumstance.

*Prior to the release of ‘Sail the Sea’, Matheson has done backing vocals for his father, Ado Matheson. As it happens, I also highly recommend his albums ‘Out on the Islands’ and ‘The Healing Waves’ – both available on iTunes as it happens.