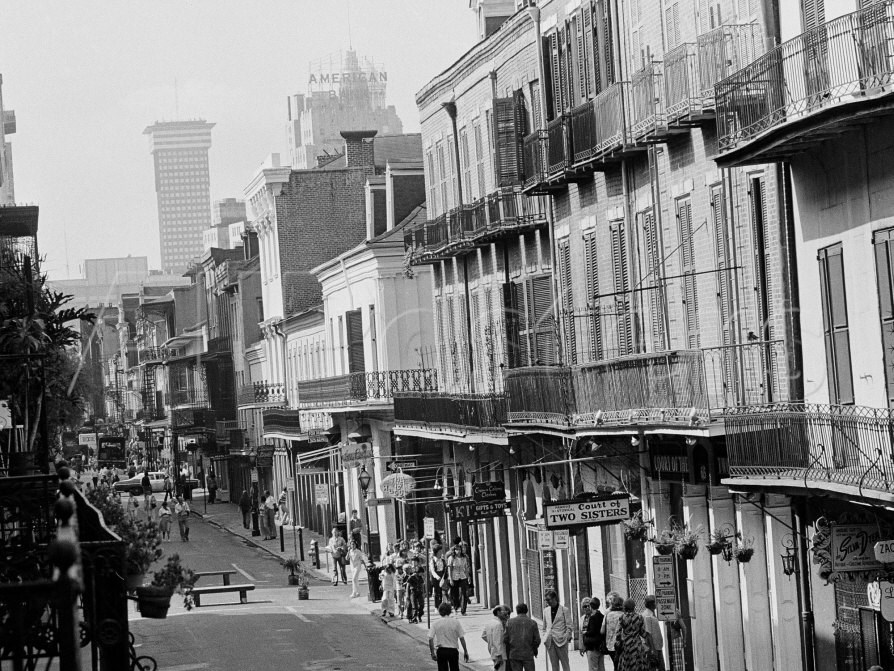 Status: I had to withdraw from this conference due to work commitments. I would still like to develop the paper though and perhaps submit for publication somewhere. I am deeply passionate about New Orleans history, so any time I have the chance to discuss it I certainly want to make the most of it.

Perhaps more than contemporary historians, folklorists or travel writers, Lafcadio Hearn understood that the soul of a city lies not only in the vivid culture of its urban heart, but in the fusion of rumour and legend which create its persona. Rather than conventional accounts of well-trod places, Hearn presents readers a brief glimpse into areas often overlooked in the everyday. His accounts of New Orleans, romantic in illusion and yet confronting in their honesty, paint a landscape in which the bygone influence of Spanish and French colonialism folds seamlessly into the laissez fair attitude for which the area is still know today. It is these early works to which the identity of the French Quarter owes so much. Like many tourists, Hearn ventured to New Orleans seeking truths about resident ghosts and colourful personalities. Instead he found a convoluted ‘gumbo’ of lore and legend, so languidly thick that fact was often indiscernible from fiction. None-the-less, from that lore Hearn gave a face to the Vieux Carre. This face has changed little over the course of time, despite on-going attempts at gentrification and, perhaps because of, the ceaseless exploitation of the tourism industry.

This paper discusses one of the places in which we continue to find echoes of Hearn’s distinctive storytelling. Specifically, it considers his sketches of the French Quarter as a living literary form, the evolution of which is present today in the content and thematic style of historical walking tours. A staple of the thriving tourism trade within the French Quarter, these tours are built around the same folkloric mythology with which Hearn was concerned. In spirit as well as substance, they take from his writing the sometimes spooky and often strange elements of old French Quarter life and strive to recreate that for the modern morbid tourist. Commonly preoccupied with the idea of the city as a home for restless spirits, voodoo queens, and exotic creoles, walking tour participants are rarely interested in factual accounts of history but rather in the romance and superstition to which New Orleans so readily lends herself. For this reason, the early descriptive work of Hearn retains a relevance and accessibility within the modern-day identity of the city at large and the French Quarter specifically.

As a case study, Hearn’s quest for Antoine’s date-palm, his observance of St. John’s Eve and recollections of Marie Laveau will be explored. These have been chosen because they continue to be enduring points of interest on historical tours, as well as staples in the folklore pantheon through which the city defines itself. Although there are several tour operators, and an array of themed tours which focus on all elements of New Orleans history, my study focuses on those operated by Haunted History Tours. This company has established itself as ‘the original’ provider of French Quarter ‘haunted’ tourism and retains a monopoly on the tourism trade. By comparing the content and stylistic delivery of the haunted history tour with Hearn’s French Quarter accounts, it will become clear that Hearn remains heavily influential to the current New Orleans persona. The point of difference is that Haunted Tours seek not to unmask the fictitious creations of a muddled history but instead design to further the illusionary and haunting personality of New Orleans. Although it is impossible to discern how Hearn might feel about the appropriated use of his work, we see that it is his vivid depictions and unique literary style which have formed a collective cultural memory around French Quarter life, one which seems destined to continue in perpetuity.